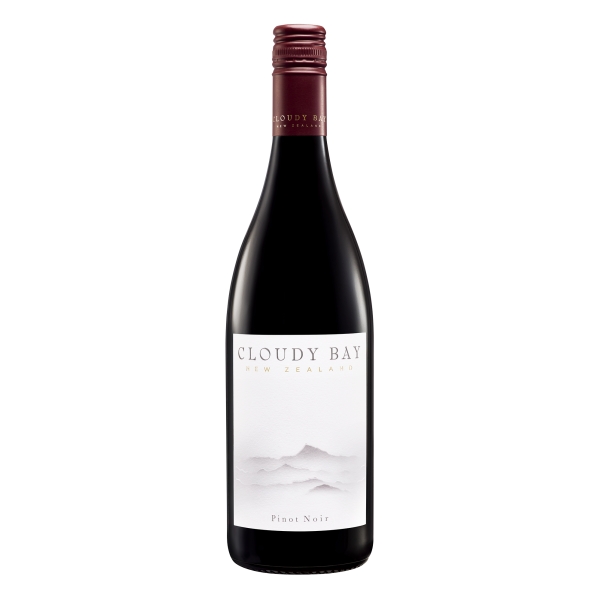 Fragrant, generous and velvety. Marlborough's expression in a Pinot Noir: lively and balanced, richly fruity, with complex savory notes and a silky texture.

Established in 1985, Cloudy Bay was one of the first five wine makers to venture into Marlborough. At the time, it was almost an unimaginable place to set-up a vineyard. But Cloudy Bay’s founder - David Hohnen - was convinced of its potential to produce great wine and invested in the best land of the region. Since then, Marlborough has risen to become New Zealand’s leading wine region, as well as one of the finest winemaking locations in the world. The winery was named after Cloudy Bay, a body of water explorer Captain James Cook came across during his voyage to New Zealand in 1770. His discovery coincided with flooding in the region, which washed large amounts of sediment into the sea. Noticing the water’s opaque appearance, Cook cleverly christened the area Cloudy Bay.Today, Cloudy Bay not only captures the essence of Marlborough but also embodies New Zealand's luxury to the world. The luxury of space and time, of intimate moments and nature’s rarest qualities.

Fragrant, generous and velvety. Marlborough's expression in a Pinot Noir: lively and balanced, richly fruity, with complex savory notes and a silky texture.

Aromas of black cherry and wild berries, followed by floral, delicately spiced scents. The tannins are silky and the acidity juicy.