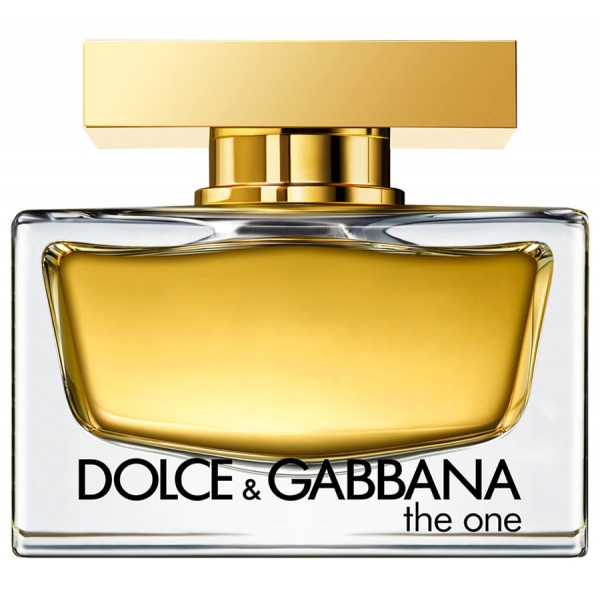 Like the woman that wears it, the strength and uniqueness of Dolce&Gabbana The One fragrance comes from contrast.

It's not easy to circumscribe the Dolce & Gabbana universe within a definition. A world made up of sensations, traditions, culture and a Mediterranean nature. Domenico Dolce and Stefano Gabbana have made a trademark of their surnames which is known throughout the world, easily recognizable thanks to its glamour and great versatility.

Duo Dolce & Gabbana is the result of the creative union of two stylistic talents. Domenico Dolce, born in Polizzi Generosa, Palermo, in 1958, worked with his father in the family-run fashion company and studied fashion design. Stefano Gabbana, Milanese, born in 1962, started to work in some fashion houses, despite having a graphics background.

Two different paths, a common vision of fashion, the same idea of “woman”. They made their debut during October 1985, amongst the young designers invited at Milano Collezioni by Beppe Modenese, in the New Talents group.

Like the woman that wears it, the strength and uniqueness of Dolce&Gabbana The One fragrance comes from contrast. Used to adorn pulse points or misted into the air to fall in a scented aura, The One is a modern ‘floriental’ eau de parfum combining contemporary fruit ingredients with the perfumer’s classic palette of white flowers. “Every woman is The One!” Stefano Gabbana.

Conceptualized by Domenico Dolce and Stefano Gabbana, The One, beaming in gold, was meant to be seen, celebrated and adored. The bottle pays homage to perfumery tradition while being a perfect example of luxurious style.

The rich Oriental Floral perfume opens with a sparkling and modern interpretation of fresh top notes of zesty Bergamot and Mandarin, combined with juicy Lychee and Peach

The journey to the heart of the fragrance follows into the timeless scent of the Madonna Lily with its voluptuous intensity and enveloping femininity.

The fragrance finally unfolds to reveal a deep and sensual base of rich Vanilla and resinous Ambery notes combined with smooth Musky notes to leave a lingering presence.