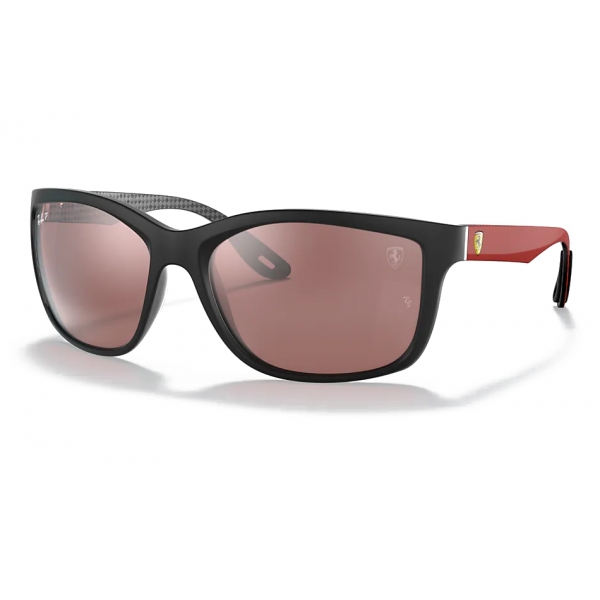 An incredible injection of design and technology. Front in nylon and temples in carbon fiber: pit stop? No thanks.

Ferrari - Italian Manufacturer of Luxury Sports Cars Based in Maranello

Explore the moments that immortalized the myth of Ferrari, a race made of passion, craftsmanship and innovation. Since 1947 in Maranello we have been building cars destined to win, on the track and on the road. The most challenging bad luck: the one against time. Our story officially begins in 1947, when the first Ferrari-branded car, the 125 S., came out of the historic door in via Abetone Inferiore in Maranello. But the origins of Ferrari are inextricably linked to the life of the company's founder. Born in Modena on February 18, 1898 and died on August 14, 1988, Enzo Ferrari has dedicated his entire life to car racing. An Alfa Romeo driver in 1924, five years later he founded the Scuderia Ferrari, in viale Trento Trieste in Modena, with the aim of allowing his members, especially gentlemen, to participate in car competitions.

Throughout its seven-and-a-half decades, Ray-Ban has been instrumental in pushing boundaries in music and the arts, forging the rise of celebrity culture, and creating the power of the rock and movie stars to influence fashion. From James Dean to Audrey Hepburn to Michael Jackson, Ray-Ban has proven indispensable for cultural icons who don’t want to be seen - but definitely want to be noticed. Ray-Ban has left an indelible mark on culture history.

As new airplanes allowed people to fly higher and farther, many US Air Force pilots were reporting that the glare from the sun was giving them headaches and altitude sickness. A new kind of glasses was introduced with green lenses that could cut out the glare without obscuring vision, and the Ray-Ban brand was born.

An incredible injection of design and technology. Front in nylon and temples in carbon fiber: pit stop? No thanks.

The Advantages of Polarized Lenses

Ray-Ban polarized lenses, the result of over 70 years of research and innovation, block over 99% of reflected light.