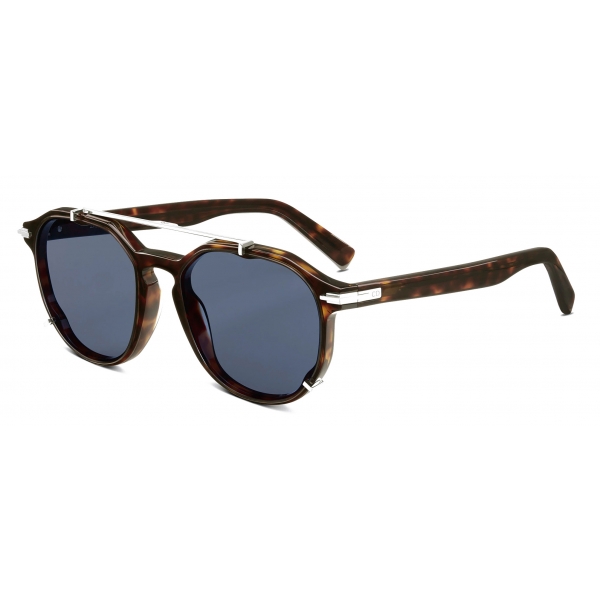 The DiorBlackSuit RI sunglasses are distinguished by the relaxed elegance of their pantos shape.

The DiorBlackSuit RI sunglasses are distinguished by the relaxed elegance of their pantos shape. The signature hinge, with its details resembling Dior Men suit stitching, has a subtle engraved 'CD' signature. The double bridge, embellished with silver-finish metal struts around the blue lenses, lends a modern touch to the brown tortoiseshell-effect acetate frame.