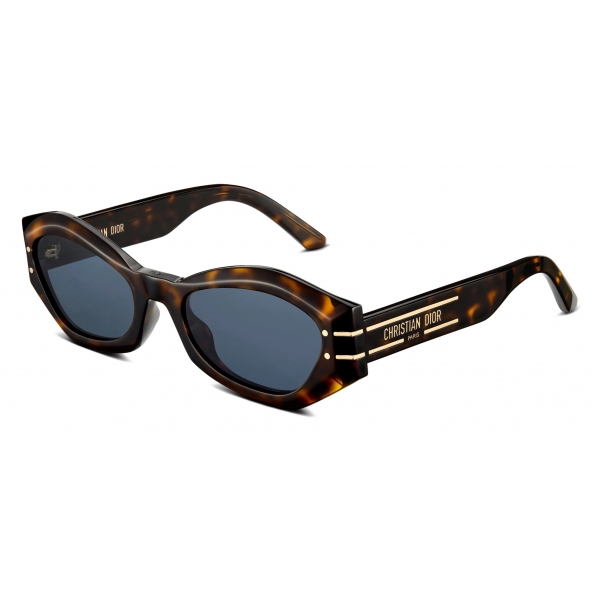 The DiorSignature B1U sunglasses, the House’s new iconic line, are a modern and bold butterfly-shaped design.

The DiorSignature B1U sunglasses, the House’s new iconic line, are a modern and bold butterfly-shaped design. The brown tortoiseshell-effect acetate frame is distinguished by a play on curves and volumes for a graphic touch, while the temples reveal the new 'CHRISTIAN DIOR PARIS' signature, further embellished with a gold-finish metal line that ends at the blue lenses. The new essential creation will lend a resolutely Dior style to any look.

Can be adapted for prescription lenses