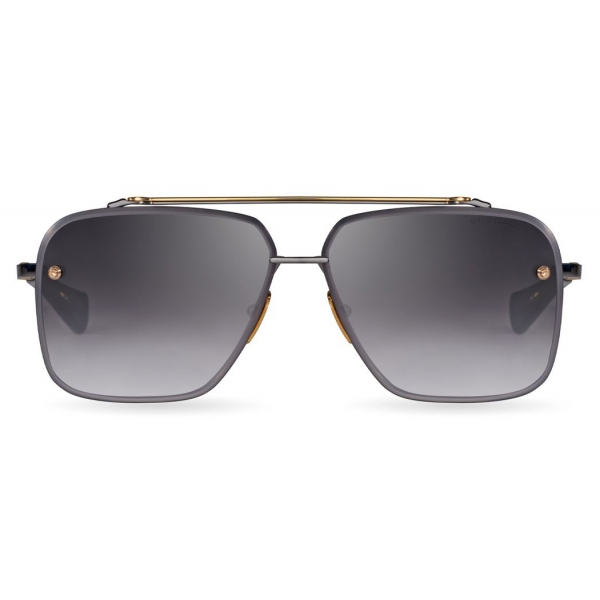 Stripped of ornamentation and obsessed with the details, the new take on the MACH-SERIES represents the culmination of a two-year design review that reaffirms DITA’s obsession with automotive design and the art of speed.

DITA - A Category of One

DITA - A Category of One. A definition you can’t own, you can only earn. And DITA has earned it over 20 years. You can’t literally see the teams of designers, research and development, or the number of months it took to make a pair of DITA frames. But you will always feel its presence when you hold it in your hands. Which is why DITA’s design and manufacturing standards are regarded as the benchmark by which all other luxury eyewear brands are judged.

Founded in 1995, DITA reinvented eyewear by transcending its conventions, creating a discreet luxury with product ranging from bold character frames to new interpretations of timeless shapes through innovative technology. With over 20 years in design and partners at the highest levels of manufacturing, DITA’s expertise is unparalleled, earning a coveted reputation as a true leader in optical innovation.

DITA has had the unique pleasure of serving the world’s most discerning clientele, challenging the old guard, and forging singular relationships within culture, style, sport, and entertainment; affirming the brands position as individual as the product it creates.

Stripped of ornamentation and obsessed with the details, the new take on the MACH-SERIES represents the culmination of a two-year design review that reaffirms DITA’s obsession with automotive design and the art of speed.

DESIGN THAT FINDS BEAUTY IN PURPOSE

Minimalism in speed: The Mach-Six lens is mounted on top of the lens rim giving an uninterrupted appearance and affixed with DITA’s hex screws.

CRAFTSMANSHIP THAT CELEBRATES THE UNSEEN

Crafted in titanium, the Mach-Six features a forked temple hinge with DITA’s hex screws securing the temple to the frame’s chassis. A sleek, dual-titanium brow bar echoes the mechanical design of the hinge while allowing multiple titanium colors to be mounted.

Inspired by speed and relentlessly minimalistic: the Mach-Six charts a fearless new course for DITA’s celebrated capsule of racing-inspired eyewear.