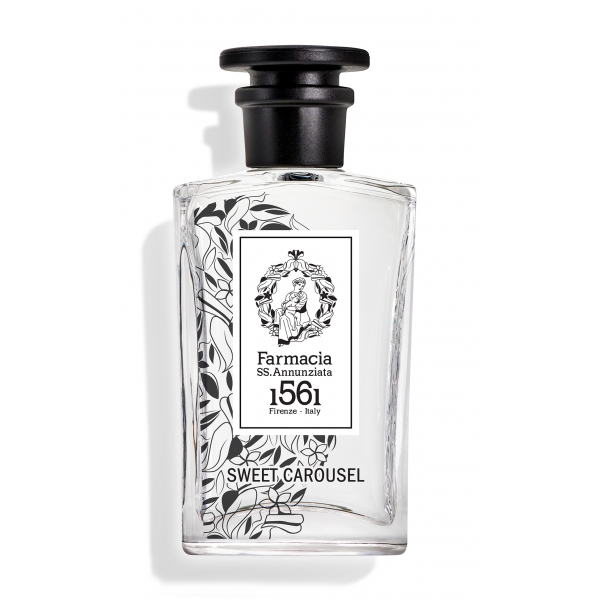 The smell of freshly baked cakes spreads into the streets during town celebrations, a carefree carousel ride. Almond, vanilla, floral notes draw in the air the sweet smile of two lovers.

Farmacia SS. Annunziata 1561 - None of The Old Traditions have Been Lost. None of The Benefits of Modern Technology have Been Neglected

In 1561, the speziale Domenico di Vincenzo of Domenico Brunetti was the first manager of which there is news of the SS Pharmacy. Annunziata (ASF - Decima Granducale 3784 Civil Code 110v.- 111r and ASF - Art of the Medici and Speziali, 12, verse 123v.).

The Pharmacy SS. Annunziata has always had, since then, in addition to the normal prestige of every spice shop of the time, a particular tradition in the formulation of galenics and products for the hygiene and aesthetics of the skin.

From the ancient processes, made by hand with spatulas and pestles, has passed and particularly qualified preparations, made with modern and safe machinery, careful quality controls, in-depth study of the formulas based on traditional and new raw materials in constant change.

Florence is a city that is famous throughout the world. It is the cradle of Italian history, the site of ancient trades and crafts, and the birthplace of one of the most prestigious and historical pharmacies, who, with respect to old traditions, has created a line of fragrances. Each of these fragrances has been created by following the methods of the best “master perfumers” and selecting the finest essences in order to obtain a unique and unparalleled scent.

We use to think of perfumes as liquid mixtures of aromas and alcohol, amorphous creations that we forget once worn. In reality, when a perfume meets the olfaction and settles on our skin, it begins to live thanks to its architecture, developing its story according to the canonical three levels (head - heart - base) of the olfactory pyramid and in three time bands.

A perfume begins its life with head notes, grows in heart notes and dies with base notes.

The smell of freshly baked cakes spreads into the streets during town celebrations, a carefree carousel ride. Almond, vanilla, floral notes draw in the air the sweet smile of two lovers.